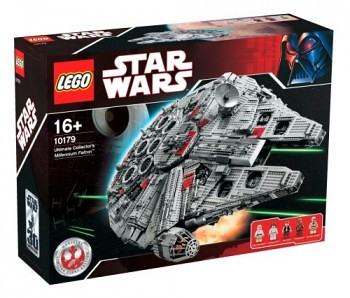 In July, 2007; LEGO released the Ultimate Collector’s Millennium Falcon, at a massive 5,195 pieces it is still one of the largest official LEGO kits ever produced. Long out-of-print, this kit easily fetches 10 times or more it’s original retail price of $500 at Amazon! And YES, that is a LIVE Amazon listing!

Solid Brix Studios posted a speed build video of this massive set a couple years ago, but I saw it for the first time today and thought I would share.

It took almost 13 hours for full assembly of this kit but the video compresses that down to about 7 minutes…enjoy!

Oh, and if $5,000+ is a little out of your price range …check out the Amazon ad at the bottom of this article for a link to the newer, smaller version of the LEGO Star Wars Millennium Falcon kit – a smaller, more affordable set that is within your LEGO budget!