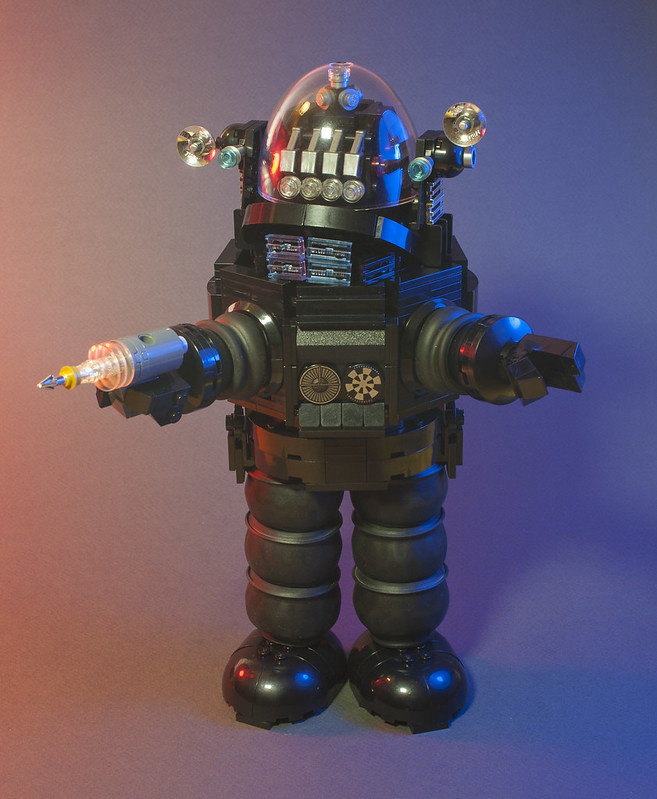 “My built-in basic directive forbids me to permit bodily injury to a rational being.” – Robby the Robot (Forbidden Planet, 1956)

I’ve always been a sci-fi film buff, from original black and white cinematic classics like ‘The day the Earth Stood Still’ (1951) to modern-day blockbusters like ‘Star Wars: Rogue One’ (2016), but Forbidden Planet is perhaps one of my all time favorite sci-fi films from the 50s due to it’s compelling characters, excellent casting and substantive plot that explores the depths of human psyche.

Often mistaken for “The Robot” from Lost in Space, which was based on Robby, Robby the Robot actually makes a guest appearance in the LiS episode “War of the Robots”, as an antagonist to the Robinson family and the Robot’s nemesis; although Robby himself never utters the line “Danger, Will Robinson, Danger!”.

This amazing LEGO recreation of Robby the Robot, titled “Forbidden Robot”, was built and photographed by Daniel M. based off of modified instructions supplied by Eric DRUON on Flickr.

I’d love to see a parts list and instructions on how this sci-fi icon was built!