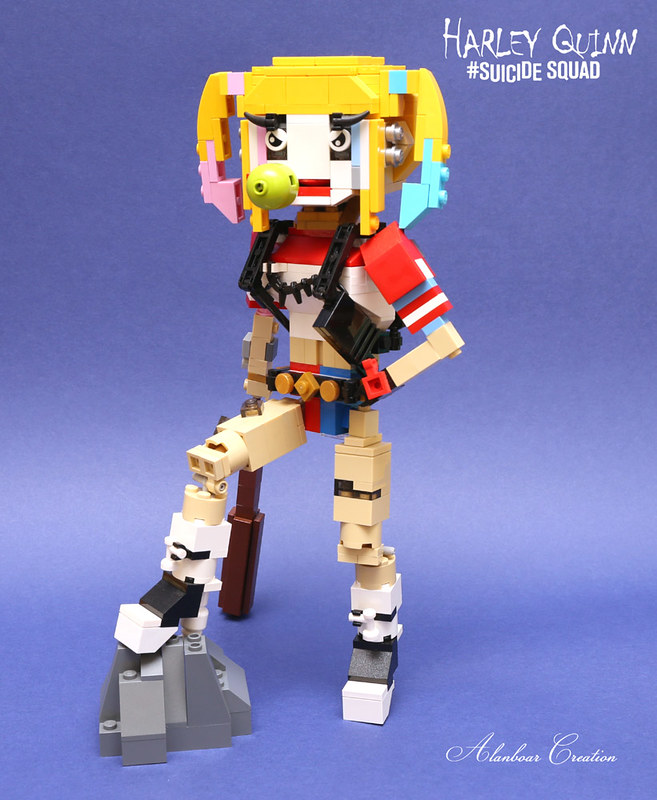 Since her first appearance in ‘Batman: The Animated Series‘ in September of 1992, Harley Quinn (aka Harleen Frances Quinzel), has arguably become one of the most iconic and popular villains (or shall we say anti-hero?) in the DC Batverse. Her popularity as a character saw her move from the small screen, to the DC Batman comic series with her appearance in ‘The Batman Adventures #12’ and eventually propelled the character, portrayed by the by Margot Robbie, to the silver screen in 2016’s Suicide Squad.

With Harley’s incredible popularity it is no wonder that fans express their appreciation for this anti-hero in their way, like this impressive LEGO creation posted by builder alanboar at Flickr, whose custom MOC is immediately recognizable to any fan of the franchise and of the Quinn!